As the pandemic triggered by the SARS-Cov-2 spread around Europe, emergency legislation was put in place to allow for governments to better manage the crisis. In some cases, like Hungary and Romania, the state of emergency saw the introduction of measures that limited freedom of speech and freedom of information.  A series of practices such as content takedown, blocking online publications, criminal complaints and threats have been use to intimidate the press. If these practices will remain exceptional or will become a precedent, it remains to be seen.

On March 16, 2020, once the number of infections with the SARS-Cov-2 virus reached more than 1000 people, president Klaus Iohannis declared a state of emergency in Romania.The presidential decree underlined from the first paragraphs the exceptional character of the measures, motivated by the need to efficiently manage the crisis and it included an article on countering the spread of pandemic related “false information” in the online space. This allowed for the take down of articles and entire websites. The National Authority for Management and Regulation in Communication (ANCOM), a manager of communication infrastructure with no expertise in dealing with thorny issues such as disinformation, was made responsible to implement the removal of content. No appeal and redress mechanisms were provided. To further counter misinformation, the government opened a website, stirioficiale.ro, where it collected all official communication, but it initially reproduced press releases and official statements already published on the website of the Ministry of Internal Affairs and other ministries. Now the page hosts a data section and useful advice for the population.

The government soon made clarifications regarding the role of ANCOM in the matter announcing that the communication authority would just implement the content take-down, based on recommendations coming from the Strategic Communication Group, a task force, charged with managing the pandemic. The Group, part of the Ministry of Internal Affairs – a ministry with expertise in matters of security and control and with equally no expertise in media – was now in charge of free speech in the online space.  Even more concerning is the fact that the names of the Group’s members are kept secret, although media watchdogs such as Center for Independent Journalism and ActiveWatch, or mainstream publications such as Libertatea made calls for their names to released[1].  The clarification document noted that “the regulation does not concern media institutions recognized at the level of public opinion, who have a known identity and with whom the authorities are engaged in constant dialog and cooperation” [2]. Here, the authorities define a press institution’s respectability by its level of cooperation with the state, forgetting that the role of the media in a democratic society is rather validated by its uncomfortable relationship with power. Watchdogs cannot get cozy with the authorities, if they want to keep their legitimacy in the eyes of their public.

Moreover, the decree also included limitations to requests for information, specifically the extension of the response time allowed to authorities from 30 to 60 days.  Country districts were forbidden to publish data on the number of locally confirmed Covid-19 cases, on the number of tests applied and the health state of the patients infected with coronavirus in March.  Due to public pressure, including a petition signed by more than 150 journalist and 97 media organisations[3] the authorities started releasing data for each county again.  We have also seen cases[4] in which local authorities have used the “spread of misinformation” as reason to make criminal complaints against the authors of a video criticizing the quality of medical protective equipment provided to them; or the case of a website blocked by its service provider because a criminal complaint for a defamation case was made against them. In this later case, the issue was not connected to COVID-19 and the complained was not resolved legally, still the service provided preemptively blocked the publication. It since has been restored. Other cases in which a Secretary of State in the Ministry of Justice[5] has been threatening journalists with criminal complaints using “the spread of misinformation” as a potential cause for criminal charges was also noted.

On May 15 2020, once the state of emergency ended all the content that was blocked during the last two months have been officially restored by ANCOM. In this period, ANCOM took down 15 websites for spreading false information. The authority motivated their measures by claiming there is an immediate risk to the population caused by the spread of false information.  However, the official decisions do not explain how the risk is assessed and how the decision-making process takes place. Examples include announcements of imminent closing of all supermarkets, reports on violent attacks against ambulances, the promotion of alternative medicine to cure the virus.  Blocked websites like OrtodoxINFO and genocide.ro had quick reactions, either re-opening on other domains or mobilizing their readers to make legal complaints against the President and the Prime-Minister. Others had no immediate reaction, but the takedown seemed to have contributed to their notoriety, as their takedown was widely reported in the mainstream. Once the state of emergency ended on the 15th of May, ANCOM officially restored all the blocked content. Almost all the 15 sites are up and running again.

The ease with which these measures were drawn and implemented raises serious alarms regarding the future of freedom of expression in Romania. We often see that once dangerous precedents are established it is difficult to erase them as potential options. False information is spreading and has been spreading in the mainstream media and on the niche press. This experiment conducted by the Romanian state, in which a secret group formed by unknown individuals, part of the Ministry of Internal Affairs, decides on the validity and truth of information remains without major consequences for the ”fake-news” industry. It does, however, reveal how vulnerable our fundamental rights are under states of exception.

[2] The communication is available in Romanian, on the website of the Romanian Ministry of Internal Affairs https://www.mai.gov.ro/precizare-23/ 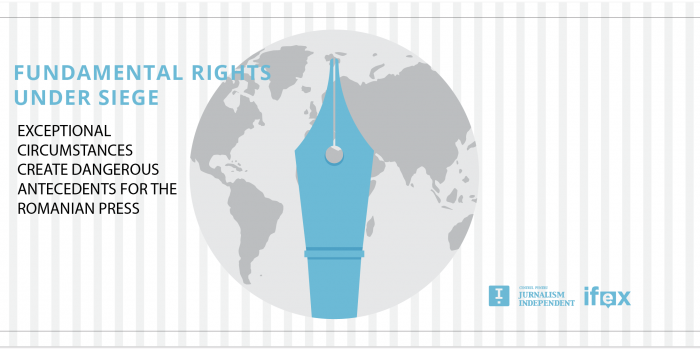 The Covid-19 health crisis placed freedom of the press between brackets. A number of measures … 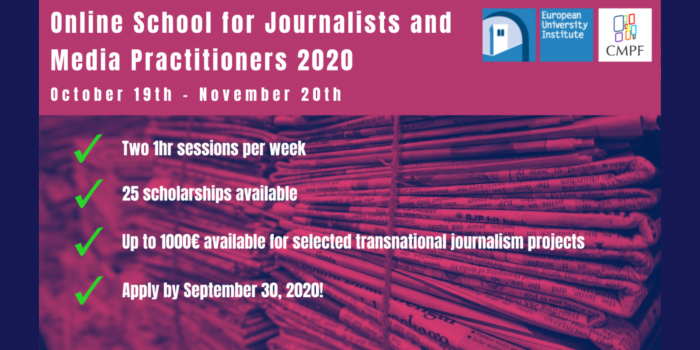