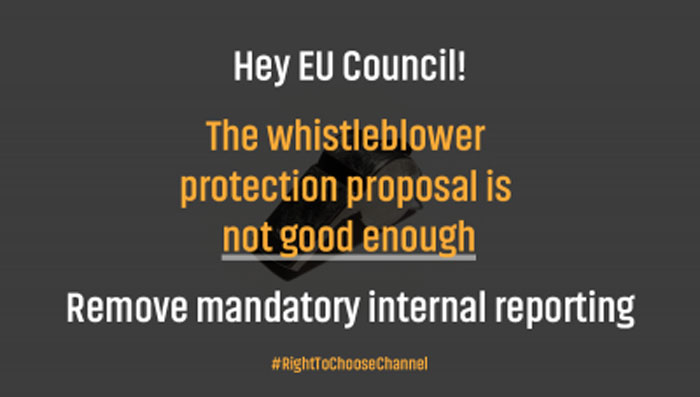 In an open letter 75 signing organisations urge the EU Council to adopt the Parliament’s position on reporting channels. The whistleblower protection directive is currently in trilogue. The signatories express serious concerns about the reporting channels regime in the Council and Commission positions in these negotiations.

The EU is poised to take a momentous step and adopt a new directive to protect whistleblowers across Europe. This could have a dramatic impact on the capacity and ability of whistleblowing to work in all our interests. We know that protecting those who speak up in the public interest saves lives, protects our environment, reveals and stops corruption, and stems the huge financial losses to business and governments that result from failures to address wrongdoing.

It is vital that an EU Directive on the protection of whistleblowers protects the free flow of information necessary for responsible exercises of institutional authority. This is why we, the undersigned, have come together to urge the EU Council to do the right thing – and adopt the Parliament’s position on the reporting channels.

Protecting disclosures made outside the employment relationship is at the heart of providing real whistleblower protection. It must be understood that in doing so:

As it stands, we are very concerned that the EU is about to agree a directive that will dangerously reinforce the status quo and make it even harder for individuals to report breaches of law and wrongdoing.

It is right that organisations across all sectors are encouraged to take steps that make it easier and safer for those who work with them to report concerns, but it is essential that competent regulatory and law enforcement authorities have access to the information they need to fulfil their mandates. By making it mandatory to report to the employer first – and obligatory to use the channel employers are required to set up with only risky and uncertain exceptions – the directive unwittingly builds in information control systems that will both hamper internal good management and make certain responsible disclosures to competent authorities illegal.

If this mandatory internal disclosure regime stands, the directive will have abandoned responsible Europeans who raise concerns appropriately to their employers through their supervisors or normal management channels of communication, who disclose information to competent authorities who have the power and mandate to address wrongdoing, or who provide information to the journalists who investigate and report in the public interest. They will suffer. Europe will suffer.

We remind the EU institutions, in trilogue negotiations right now, that their promise to better protect whistleblowers across Europe requires taking democratic accountability seriously. Regulatory authorities, governments and businesses across Europe are actively seeking information from those who speak up so that they can better protect and deliver services and protect the rights of the communities they serve.

The EU has a moral and legal responsibility to adopt a directive that builds on the Council of Europe Recommendation and international best practice consensus that protects the voluntary choice of channels for those who disclose wrongdoing.

Thank you for your time in this matter. 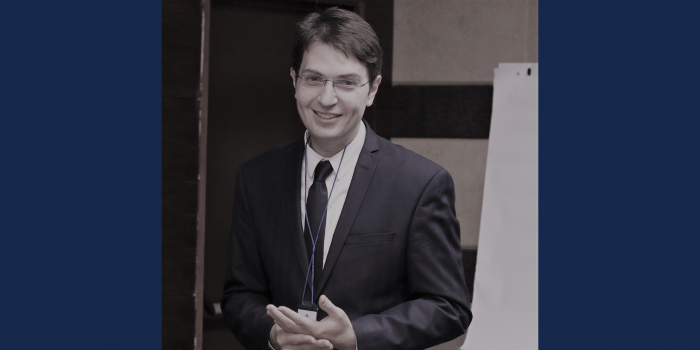