The Bad News game aims to help “inoculate” against misinformation, giving us a small dose from the perspective of a “mogul of misinformation”. A pilot study shows positive first results of the game in building resistance to misinformation among adolescents.

The research and educational project, a collaboration between researchers at Cambridge University and the Dutch organization fighting DROG misinformation, launches today the Romanian language version of the game at http://getbadnews.ro . The Junior version, for children between the ages of 8 and 10, is available at http://getbadnews.ro/junior . The Romanian version of this game is made by Centrul pentru Jurnalism Independent.

Following the success of the English version, which has reached more than 400,000 players since its launch in February last year, the game has been translated into nine other languages, mainly Eastern and Southeastern Europe.

The game design, made by the Dutch studio Gusmanson, has received international recognition, with a Design Award of the Year at the Beazley Awards, organized by the London Design Museum, and an honorable mention at the Fast Company Design Awards.

The online game transposes players into the role of a beginner misinformation mogul, giving the public a break from the techniques and reasons for spreading misinformation – giving players, in this process, cognitive resistance against the influence of so-called fake news.

Players increase the audience of fake news sites, by publishing polarizing fakes, using twitter boxes and modified photos, or by instigating conspiracy theories, following tragedies – while maintaining a “credibility score” to remains as convincing as possible.

A pilot study, which involved teenagers from a Dutch high school, used a paper-based variant of the game and indicated that those who played the game give less confidence in fake news compared to a control group. Currently, researchers at Cambridge University are analyzing the results of a survey included in the English version of the Bad News game.

The psychological theory behind the research is called “inoculation”:

“A biological vaccine administers a controlled dose of the virus to build immunity. Similarly, inoculation theory suggests that exposing a weak or demystified version of an argument makes it easier to reject more convincing claims, “says Dr. Sander van der Linden, director of the University of Cambridge’s Social Decision-Making Lab.

“If you play the role of someone who is actively trying to deceive you, you should become more adept at detecting and resisting manipulation techniques. We want to help develop” mental antibodies “that increase immunity against the rapid spread of misinformation,” he says Jon Roozenbeek, a researcher at the Department of Slavic Studies in Cambridge and one of the creators of the game.

Through today’s international launch, the team aims to take the “fake news vaccine” to the next level. By creating the Junior version, available online and free of charge, creators want to contribute to media education in primary schools and target a very young audience. “Children in primary school may not yet be conscious consumers, but they use the media and are exposed to news. Thus, building mechanisms of resistance against misinformation should start at that age.”

With content created mostly by Cambridge researchers along with Ruurd Oosterwoud, founder of DROG, the game only takes a few minutes. The hope is that the players will then promote it, to create an anonymous and representative data set about the course through the game.

Researchers in Cambridge will use this data to refine the ways in which media skills and resistance to fake news in a post-truth world can increase. “We let players experience what it is like to create an information bubble, so they can realize that it is possible for them to live in one,” adds van der Linden.

Thus, researchers and DROG are proposing a proactive approach to combating misinformation online, using a method they called “prebunking”. “Instead of removing the forgeries after they have already spread, which is extremely difficult, we try to take them forward,” says Oosterwoud.

The Bad News game is now available in Bosnian, Czech, Dutch, English, Esperanto, German, Greek, Polish, Romanian, including a version adapted for the Republic of Moldova, Serbian, Slovak and Swedish. The Romanian language version of this game is made by the Center for Independent Journalism, a non-governmental, non-profit organization, which participates in the growth of an open and professional information environment, specific to democratic societies, in Romania and in the region.

Others from Media Literacy 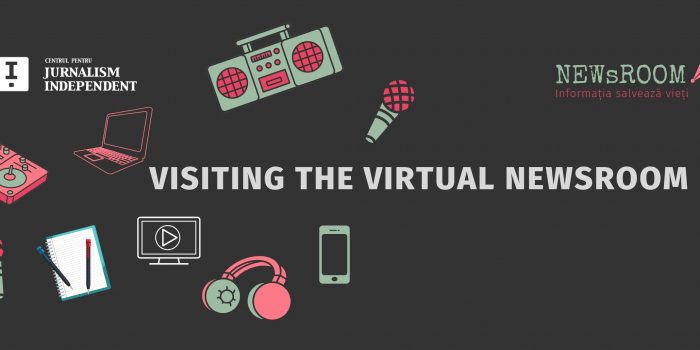